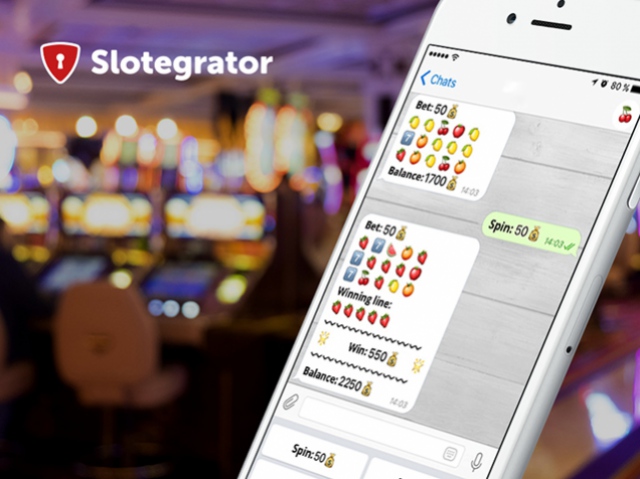 Mobile messengers, having gained high popularity back in 2016, still belong to the category of the most rapidly evolving trends of the current market. The company Slotegrator, specializing in iGaming software provision, states that mobile messengers are the future of the gambling industry. Already today, they are frequently used as a solid alternative to standard forms of mobile communication. However, the potential of such applications is way wider than it seems, as long as the pace of current technologies is only speeding up.

WhatsApp, Viber, Telegram, Skype, iMessage, ISQ, Line, Hangouts, Facebook Messenger are only some of the most widespread messengers nowadays. By the beginning of 2016, they have already outstripped the majority of social networks in number of active users and their popularity only keeps growing.

Initially introduced in the beginning of 2016, chat bots contributed to the popularity of chat bot messengers by giving them comparative advantages, in contrast to the simplified versions of such apps. Broadly speaking, chat bots are quite simple programs designed to function as assistants or conversation partners. They are capable of translating, broadcasting, training, information searching, asking and answering questions, playing and entertaining, shopping and integrating into other services and platforms.

Simplicity of use and convenience are their main advantages. Being an integral part of a messenger, they do not require additional downloading and installation, and do not take up additional memory space of the smartphone. Consequently, users resort to regular messengers less often.

► Who is ahead of the game?

In the beginning of 2016 already, two messenger developers, Facebook and Telegram, announced about the launch of special chat bot tools as auxiliary features of the functionality of their platforms. However, while Facebook was only preparing to accomplish such goals, Telegram had already launched the second version of their bot equipped messenger. As a result, Telegram is in a fortunate position of being the first messenger to release chat bots.

Vadim Potapenko, a sales expert from the company Slotegrator, believes that this is not the only one reason for the extreme popularity of these applications.

In August 2013, for the first time ever, Telegram was presented to the general public as a free crossplatform messenger enabling users to exchange messages, files and content of formats. At that very moment, the market was already filled with various messengers and the main target of Telegram´s developers was to win a certain share of that market. The main advantages of Telegram, compared to the rest of existing applications, are anonymity (still it´s hard to decipher the sources of the incoming traffic), absence of advertising, high file and message transmission rate and, chat bots, of course. Reasonable marketing strategy is a prerequisite for increasing numbers of users.

According to Vadim, particularly due to chat bots Telegram has turned into a sort of virtual reality used by people at their workstations, as well as for communication and entertainment.

The experts of the company Slotegrator have been testing the functionality of various messengers in terms of their effectiveness in launching of online casino bots. After carrying out such experiments, they concluded that Telegram is the most suitable application, due to its anonymity and the fact that this application can cover vast audiences, including users from the countries where online gambling is officially banned. Vadim Potapenko points out: “Users’ messages are protected by enciphering and chat bots cannot be controlled or tracked by anyone. This complex factor is the cornerstone of successful release of an online project these days”.

A great number of contemporary countries have introduced official bans on gambling and online casino traffic is frequently banned there. For the citizens of such regions Telegram casino bots remain the only means of getting the access to gambling. Moreover, mobile users have already got used to simplicity and accessibility of entertaining content. Staying in tune with contemporary tendencies, online casino owners have to focus on capturing mobile users who are always eager to gamble “on the go”, without wasting too much time on installation and launch of a separate application or long authorization processes.

By launching a game on Telegram, users automatically activate a chat bot, that in its turn, connects to a platform of an online casino website. By typing certain commands in a form of text messages, or by using particular buttons of the interface reflected on the screen of the smartphone, gamblers get the access to all the functions present on the gambling website itself. He/she has the possibility to deposit, place bets, withdraw winnings, etc. Chat bots in this case play the role of simulators of slot machines or roulettes.

The game is usually carried out in a chat mode or through visualized interface.

Commenting upon the functioning principles of a Telegram casino, Vadim Potapenko argues that the main stages of launching of such a project include creation of a Telegram bot and a platform. The mentioned platform constitutes the major server part. It contains the most important features: mathematics and the logic, gaming strategy and approximate results, consequently transferred to the gambler through a bot.

Vadim has also pointed out that interface bots are more preferable for gamblers. It is necessary to understand that mobile users are serious gamblers aimed at winning sustainable bankrolls. They are gambling for their own satisfaction and appreciate the possibility of doing that “on the go”. They are ready to spend money on such form of entertainment and that’s why visualization is crucial for them. All of them are accustomed to juicy emoji formats.

"Our online casino chat bots are truly unique products that, as I previously pointed out, still don’t have analogues on the current market. We are going to be the first company specializing in provision of such kinds of solutions. All of the said above will be fully covered in my presentation at Georgia Gaming Congress held in Tbilisi on March 1. Once again, I would like to lay emphasis on the fact that Slotegrator is the only one company offering such a product. This product enables our partners to operate on any market and stay assured that their valuable data, as well as personal information of their gamblers is effectively secured. Moreover, chat bots enable online casinos to attract gamblers from the areas with poor Internet coverage or owners of mobile devices with insufficient technical characteristics. It is a very important matter, as the majority of contemporary online casino websites are considerably demanding to technical characteristics of devices. These and the rest of matters are going to be the main topics covered in my presentation at the upcoming congress".